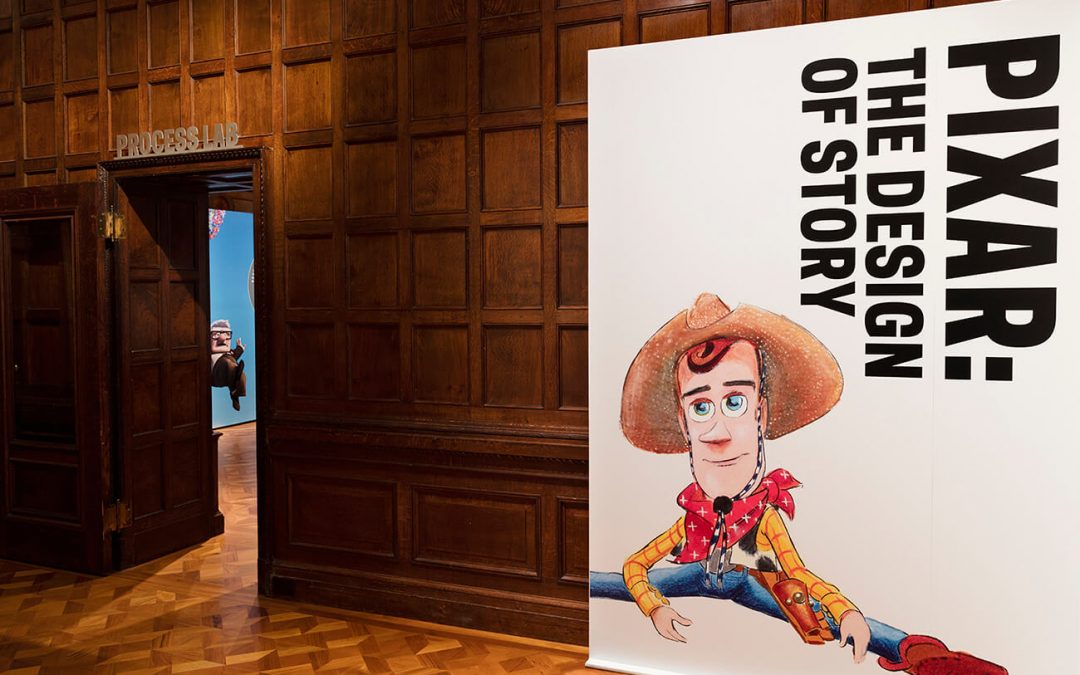 At Vertiver we love tinkering with design, art, illustrations, color, photography and film but sometimes working on climate action becomes overwhelming…that’s when we turn to PIXAR to recharge… a studio on the other side of the planet chipping away at reducing human complexity into joyful, beautiful, magical stories with pure artistry and musical wizardry.

Even after seeing Boundin’ more than a hundred times, it keeps pulling us back.

Running into the PIXAR: THE DESIGN OF STORY exhibit during a visit to the Cooper Hewitt museum in NYC last month was a dream! So much to learn from Pixar’s design process: choose a story, design the narrative, research to imbue film with elements that give it that I-know-it’s-animation-but-I’m-sure-I’ve-seen-it-somewhere-in-real-life feeling, then iterate, iterate, iterate, collaborate with a whole bunch of artists and throughout the painstaking technical labyrithns, stay true to the subtlest nuances of the characters’ emotional personas. Want to understand Design Thinking? Just study a Pixar film!

Our hope is that Pixar is cooking up a giant scheme to fill so much joy in the world that it lifts people away from bottomless consumption and reconnects us to our inner child: happy and content in simple thing…

SIMPLEXITY: The art of simplifying an image down to its essence

and from THAT to THEM! What!!!

Who knew we could fall in love with a lamp!!!

or with a little rusty robot!

Thank you PIXAR for the boundless joy!